First Part of the Steel Structure goes Up 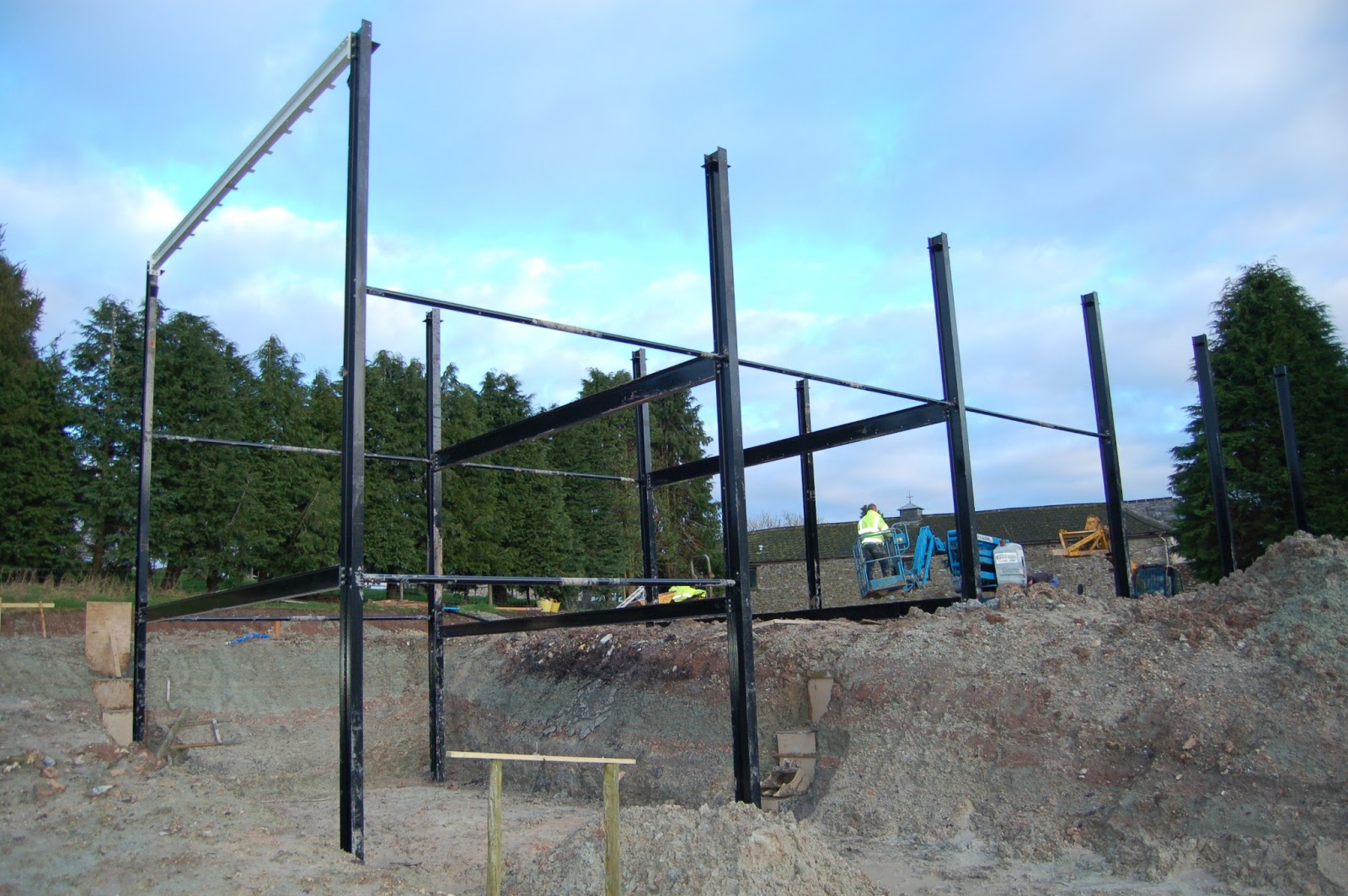 Hardwills from Beaminster have been hard at it, since Monday  three men have erected the main superstructure of the main building , just the ground and first floors so far. You will see we have decided to have the steel work painted in dark black to imitate the colour scheme of the original Dutch Barn.  The south facing stanchions will be exposed in front of the cladding. 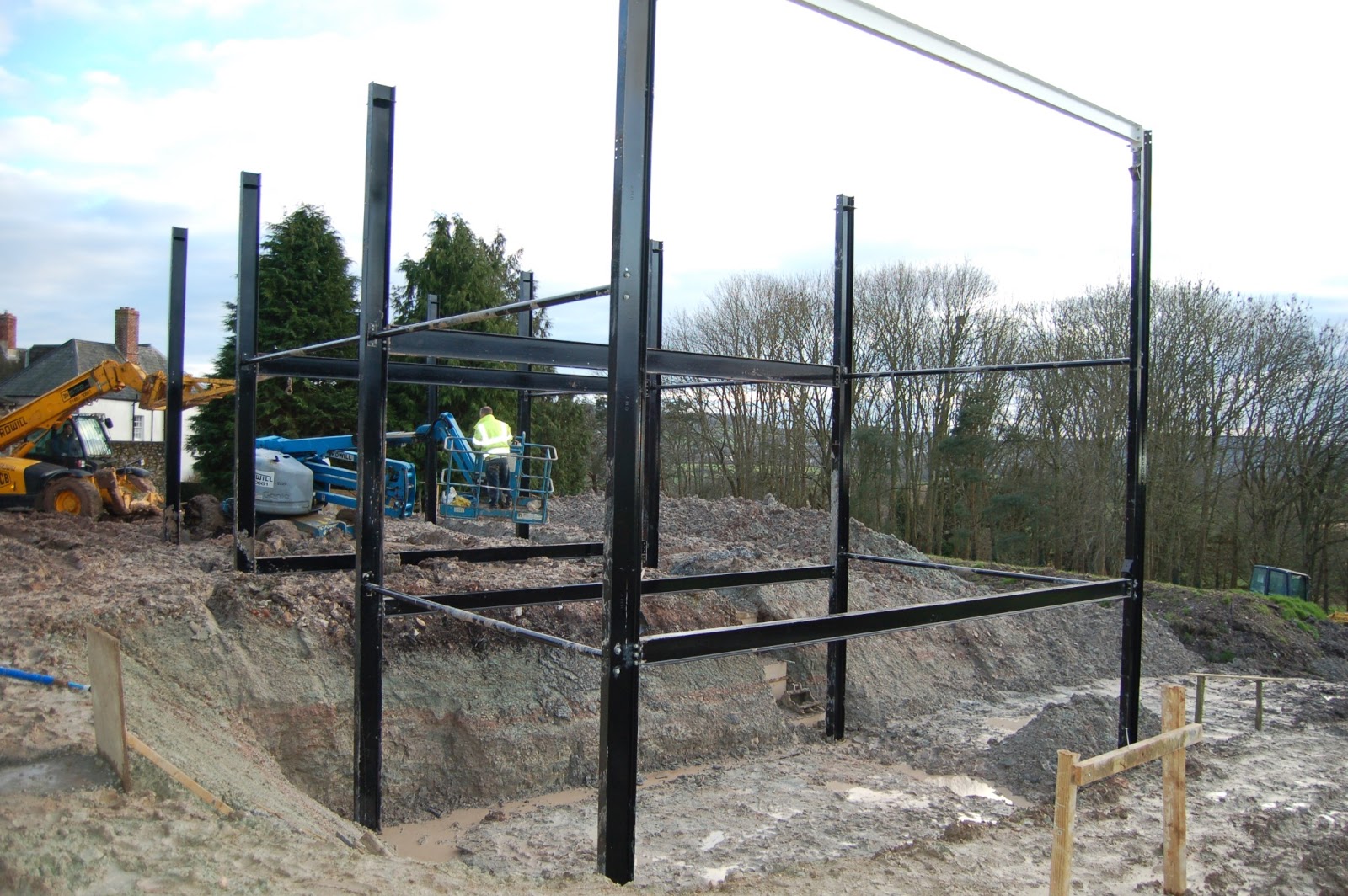 This shot shows the extra long stanchions that start from the basement level, you are looking at the westerly gable end and you will see the house in the far distance beyond the eastern gable end. 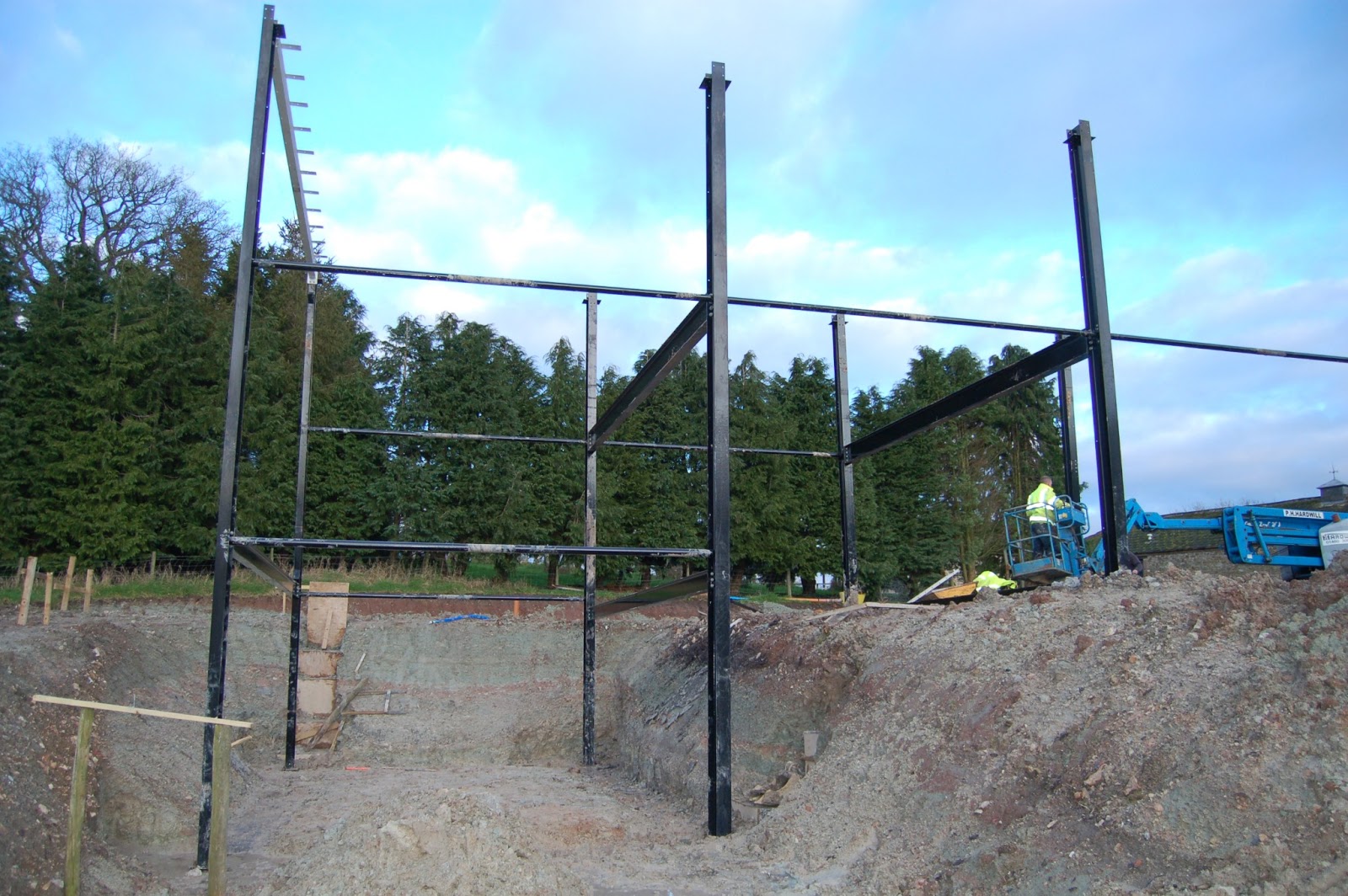 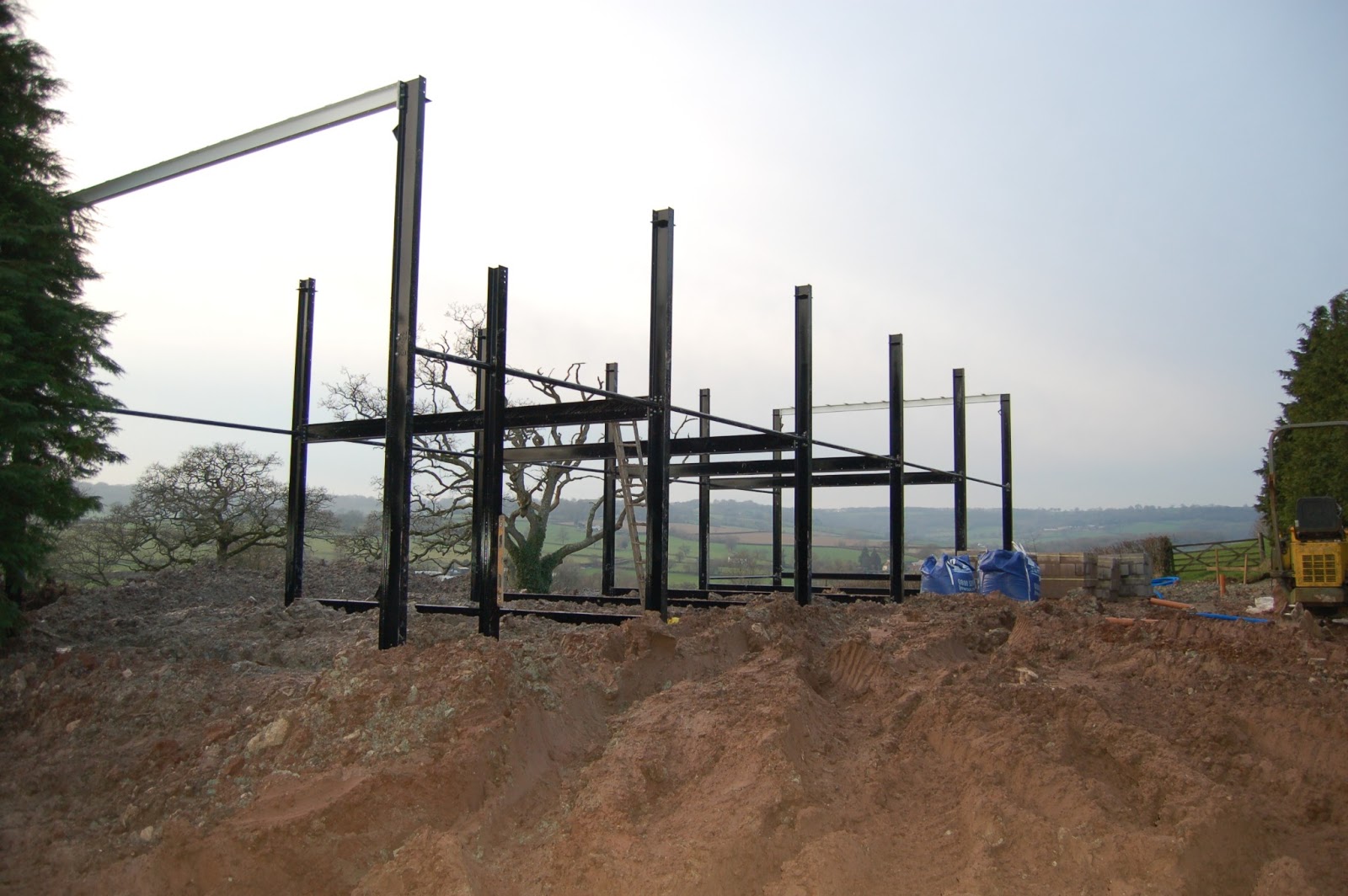 This view is taken from the eastern end showing the side that the lean to will attach to. You can see that the mid has been an irritant to the steeple jacks. They have done very well considering. 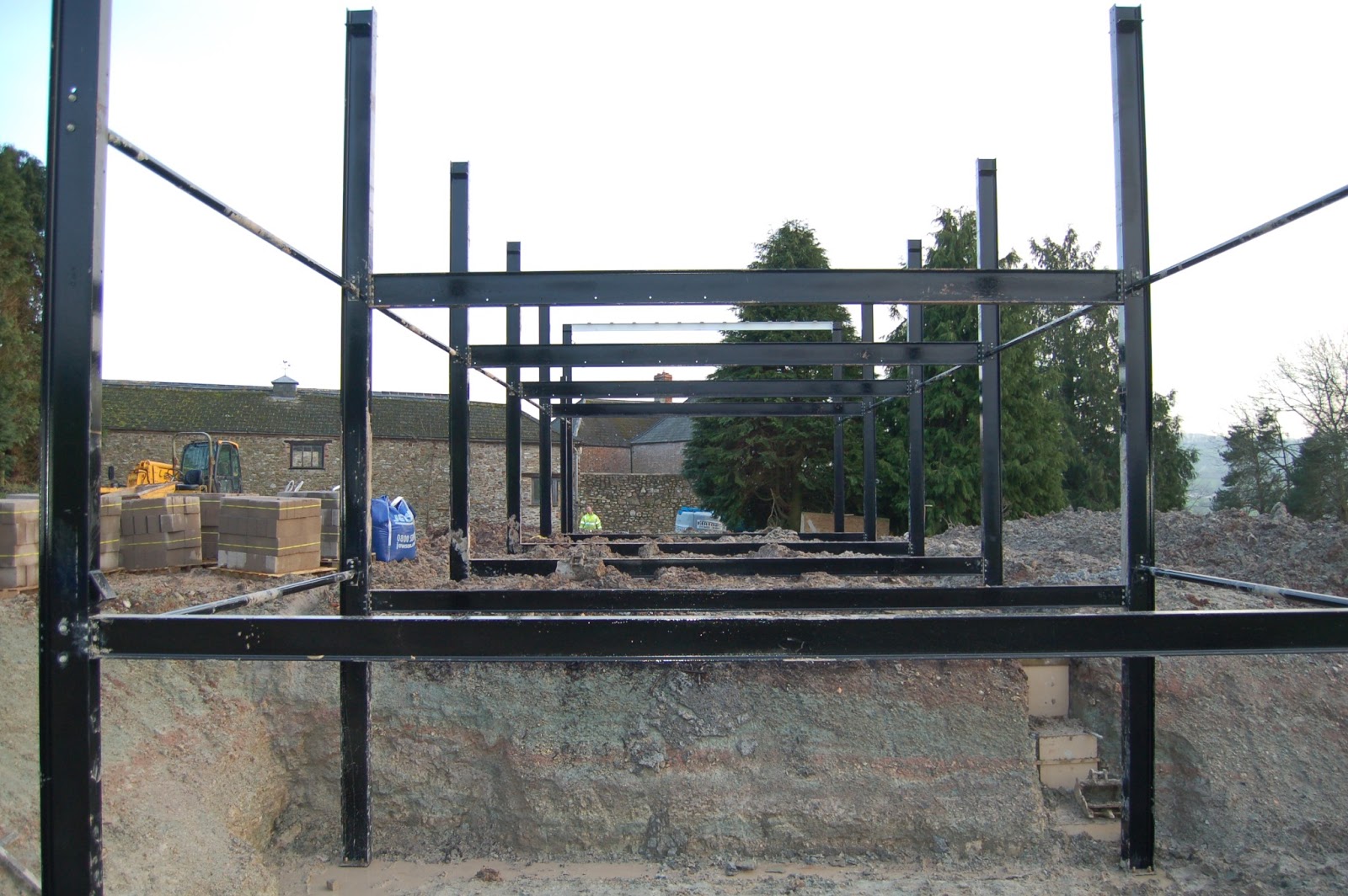 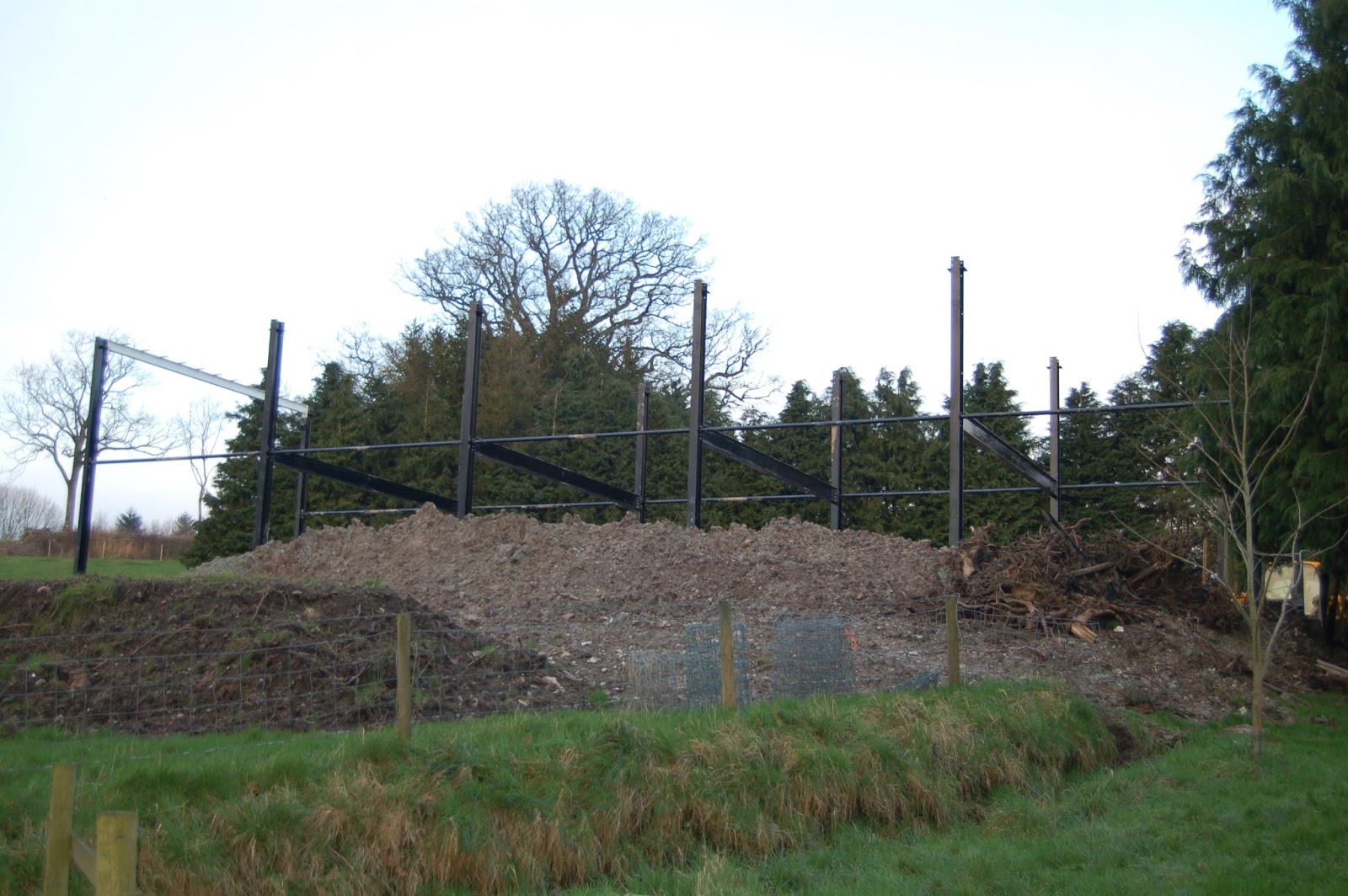 This is the view looking North west, showing the tubular supports that knit the whole structure together, they are included to help support the building from strong south westerly winds !

Posted by Greg at Woodhayes at 08:52 No comments: