The redevelopment of Tillicks Cottage

Tillicks Cottage is a labourers cottage at Woodhayes Farm. It was built in 1957 in blockwork with a 50 mm cavity wall and concrete floors. We decided that it was time to update the cottage, make it larger so that it can house a small family and make it more energy efficient. we will be adding an extension in order to add an extra bedroom and have a larger sitting room. The Kitchen will also be enlarged and a new conservatory will be added. The House will also benefit from an air source heat pump with underfloor heating and an enlarged garden. 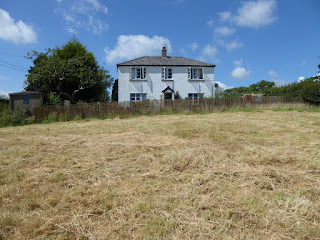 View of Tillicks Cottage earlier this Summer before work started 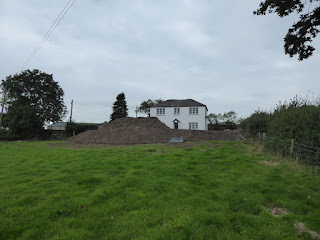 The new Ha Ha,  we have placed all the top soil and sub soil from the newly excavated areas in front of the cottage to make a new Ha Ha, this will give the cottage more garden space which will give a small family an area for recreation and out door space. 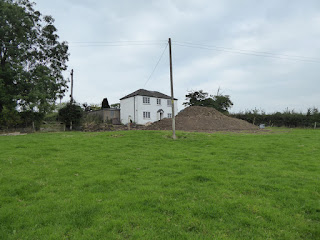 Another view of the Ha Ha , showing a heap of top soil which will be leveled at a later stage to go around the front of the house. The sub soil from the footings along with any rubble from the dismantled walls will be placed around the house and in a new soak away created to the left of the cottage. 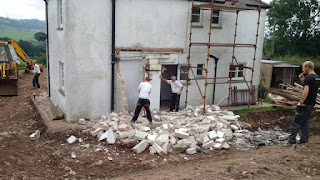 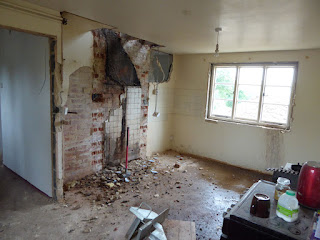 Part of the Kitchen Chimney and fire place is beginning to be dismantled, the wall is next to go allowing more space in the Kitchen. 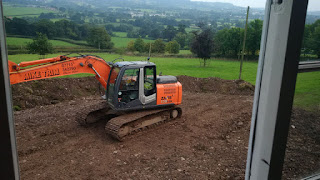 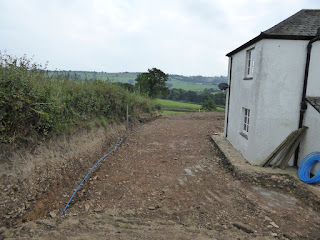 Making space for the new extension. 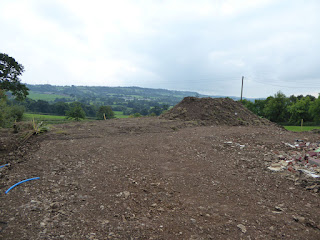 The New Ha Ha leveled and ready for top soil , once the footings have been put in and walls are up.
Posted by Greg at Woodhayes at 06:02 No comments:

Tapping into an Ancient Spring at Woodhayes

Woodhayes Farm lies at the edge of the Blackdown Hills, the farm's location is at the tip of this Blackdown Hills land mass,  that water appears in numerous places in the form of springs. "Spring Field" is a name given to the field where we have excavated a 9 ft deep trench , the trench is approximately 8 x 8ft square and in this trench we have placed 2 concrete rings placed on a bed of flint stones and gravel from which a plastic water pipe protrudes. Behind the concrete rings including  the lid and inspection hatch we have placed 5 tons of flint stones at the rear void between the concrete rings and the edge of the clay wall of the trench.  The purpose of this is to allow water to find its way from the source of the spring in order to fill the chamber of the  reservoir through the bed of flints and gravel. 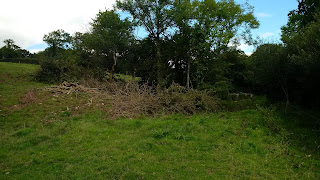 View of the site of the spring in Spring Field Woodhayes Farm before work was done. 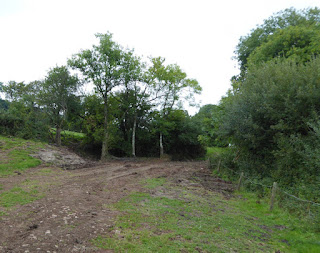 View of the site of the spring after work has been carried out. 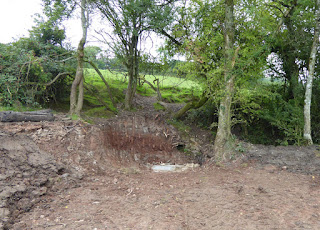 The excavated area showing the concrete lid and inspection hatch of the new reservoir well located between the 2 trees. 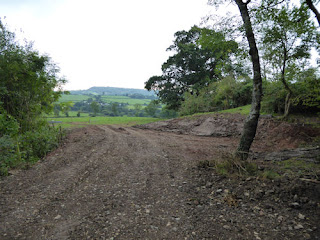 A view of the site looking down to the field where the new trough will be located. 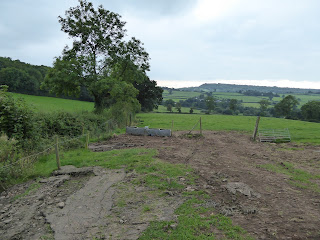 The site of the cattle trough now connected to the reservoir 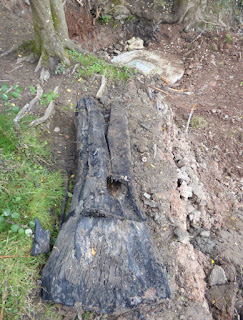 This blackened ancient oak tree is an early piece of agricultural archeology , it was found imbedded in clay and mud , it is in all probability an item that was used to manage the spring water. The oak tree has a lid which is nailed (using hand made nais) over a deep channel aprox 20 cm wide and 20 cm deep and running for 3/4 of the length of the ok timber. At the wide end of the Oak timber there is a circular hole, presumably where the water entered. We have sent photos and details to the archaeology dept of Exeter University and we hope to hear back soon with a more detailed explanation. 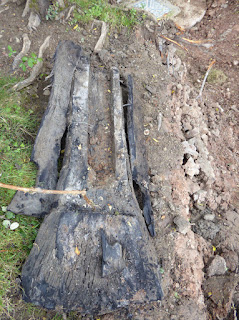 An Oak tree showing the lid removed and revealing the gully.

Posted by Greg at Woodhayes at 05:33 No comments:

We welcome four exciting artists to Woodhayes Gallery who are showing for 2 weeks as part of Devon Open Studios 2016.

We welcome four exciting artists to Woodhayes Gallery who are showing for 2 weeks as part of Devon Open Studios 2016. 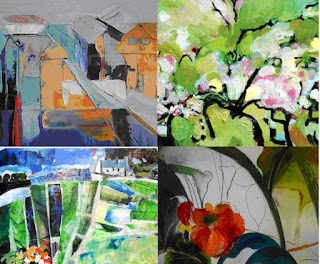 Posted by Greg at Woodhayes at 09:28 No comments: 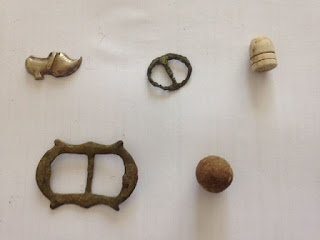 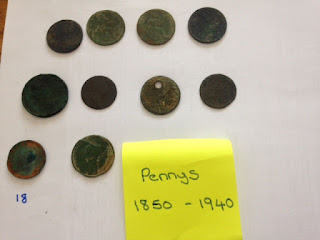 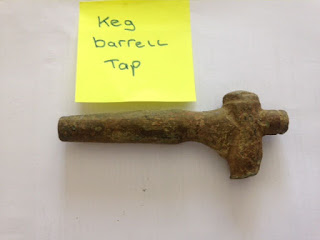 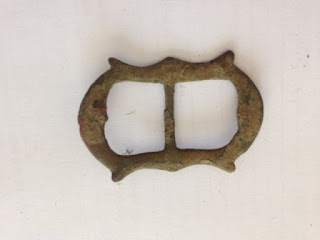 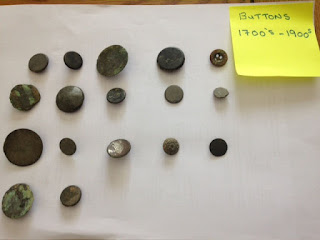 Above are some of the finds made over the course of a day and a half, they include numerous buttons, various coins,  a Beer Keg tap and some Buckles. We look forward to seeing Scott here again next year.
Posted by Greg at Woodhayes at 09:21 No comments: